Bollente Companies, Inc. (BOLC) today announced that its award-winning trutankless line of electric tankless water heaters has launched a nationwide distribution program with Ferguson, the largest distributor of commercial and residential plumbing supplies, and pipe, valves, and fittings (PVF) in the United States.

Trutankless units are now available at the more than 1,400 Ferguson locations across the country, and the trutankless team is expanding its sales force to meet the tremendous growth and demand for the product from homebuilder and plumbing company partners, including the recently announced industry leader Mr. Rooter Plumbing, in all major markets.

“This national rollout with Ferguson is a milestone for trutankless and the culmination of a long and successful relationship with one of the most recognized names in the industry,” said Michael Stebbins, President of trutankless. “Ferguson has a reputation for selecting only the highest quality, technologically innovative products on the market, and we’re happy to be on that list. We have enjoyed working side by side with their team as we’ve expanded and built a national footprint.”

Relationships with industry leaders like Ferguson and Mr. Rooter have enabled trutankless to partner with homebuilders and installers in key U.S. markets and reaffirm the company’s exclusive commitment to the wholesale channel. 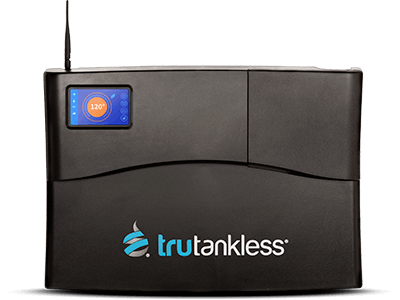